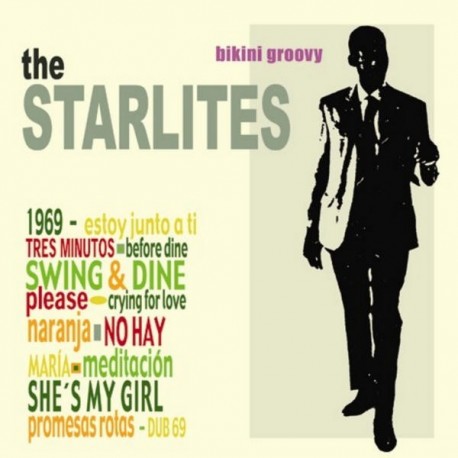 After presenting on the road their first record and due to the insistence of Brixton records, The Starlites go back to into the studio(Two-Bascos Studios, Bilbao) to record what would then be their first complete album: “Bikini Groovy”. This disk received a big up from all the major reggae international media and would be a stepping’ stone for the band to take off as a first division band among the ones in modern ska and rocksteady. For example French specialized magazine Ragga Magazine rated it as “a modern classic” and was number 1 in the best records of 2002. In Japan the CD also raised great expectations. This enabled The Starlites to take part in more prestigious festivals and tours playing and presenting the album all over Europe and including songs in compilations for several European labels. Thir repertoire with mixing their own way of understanding rocksteady with a noothe groove of funky-reggae and even soul.

“Bikini Groovy” is in a way a dream made real. A reality as hard as the concrete we step on but that doesn’t mean it is sad and pessimist. On the contrary the album is sheer positivism. How many toime have we wished something nes something with “soul”,. Not artificial, nor superficial. When a record like this one is overlooked is when we are able to check how arbitrary show-business is. Small (big) bands with ideas and attitude , as the Starlites, keep on walking on hard concrte of independency waiting for recognition they truly deserve.