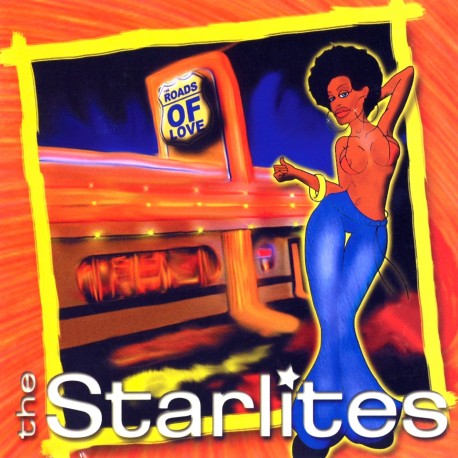 ROADS OF LOVE is a slowly stewed album. After heavily touring presenting their album “Bikini Groovy” the band assumed the challenge of creating new songs with more time and perspective. Without hurries. The outcome of this scheme was spectacular: an album of modern reggae in which the band was able to capture a huge heap of sensations. The Starlites reach full maturity as a band with “Roads Of Love”.

It is a record crammed with references to the classics of black music, with wonderful small tributes in the shape of Starlites original songs. Curtis Mayfield, Maytals, Uniques, just to name a few, cross the path of composer duet Ezequiel-Tximo. And with that same feeling soul and groove meet rocksteady and ska. And Phil Spector gets together with Sir Coxon and Soul Train joins the Rocksteady Train. The influences were always there but it was not always possible to integrate them in the real sound of the band. And to finish it off the record counts with violins, violas, percussion, backing vocals… in charge of a bunch of good friends. The songs of the album simply demanded being instrumentally completed and the result is brilliant. The inclusion in the line-up of Eduardo Sanchez at piano, Hammond organ and backing-vocals and Ion Celestino at the trumpet provides new rich tones. The recording also counted with the invaluable help of Roberto Sanchez (aka Lone Ark) in the production and taking care to the limit of the slightest detail.

Due to its thematic it can almost be considered as a concept album. It is about love and the different roads it takes and about the feelings that love causes: disappointment, frustration, happiness, loneliness… These feelings form the plot that allows the band to efficiently deliver all of its melodic and rhythmical potential. Only one piece of advice: turn up the volume or you will be missing a lot of things.