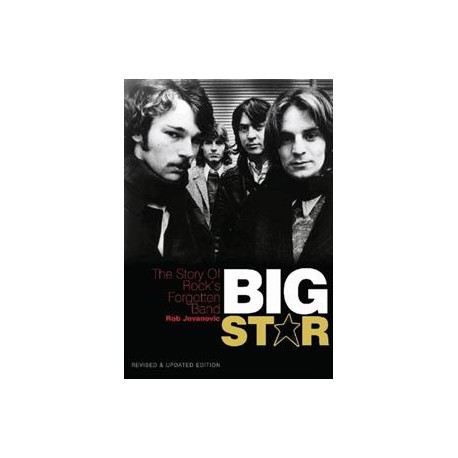 The formation, music, and break-up of Big Star, a band that for many was the embodiment of the 1970s, is detailed in this definitive history. Even though Big Star was together for less than four years and had limited commercial success, the legacy of their three groundbreaking albums has influenced artists as diverse as R.E.M., the Bangles, Wilco, Jeff Buckley, and Garbage culminating in their song, "In the Street," as rerecorded by Cheap Trick, becoming the theme song for That '70s Show. The band's music and romance made Big Star a holy grail for the post-punk generation. This book recounts how band leader Alex Chilton put his heart and soul into the music and believed that he would become a big star—and how when he didn't, he engaged in a fascinating sort of musical self-sabotage. Also described is the tragic story of his coleader on their first record, Chris Bell, who after leaving the band recorded "I Am the Cosmos," a devastating adolescent love song, and then died in a car crash just months later. Featuring new interviews with the band, family members, friends, and the major players at Ardent Studios in Memphis, this book offers the complete story of this incredibly influential band.