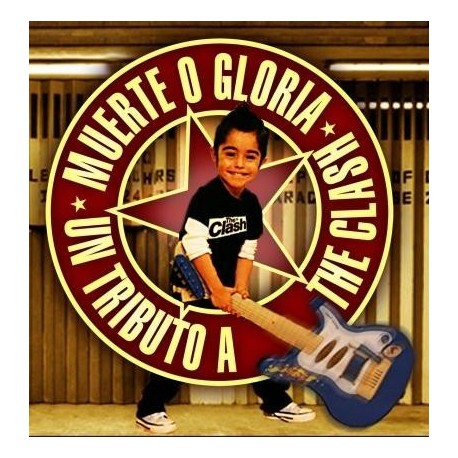 This product is no longer in stock

It is now 30 years since the band’s masterwork “London Calling” album was released. A record that produced from the inside a revolution in punk-rock expanding it to new styles and creating a turning point for punk-rockers of that time and for the ones that were to come. It was a total anachronism, a reflection of the attitudes of each of the members of the band. The height of the punk wave. The Clash transgressed everything that anchored the band to punk-rock to find new ways of saying the same things but far beyond the 3-chord scheme.

At that time the members of the bands that are now paying a tribute to The Clash in this album were mere kids, some of them were not even born. But all of them have grown up with their music which has always been a meeting point to give free rein to their trials with a guitar. And that heterogeneous public admiration is what the listener is going to find in this album. Such a diversity of bands like Vomito, Travelling Brothers, Ya te digo, Akatz or Los del Puente Romano to name a few cannot be wrong.

This tribute album embodies the same nature than “London Calling” owned. You can find some straight punk-rock by Mentes Enfermas and Mundo Matadero, some reggae by Akatz, garage-punk by Paniks, some southern rock guided by El Jjinete Eléctrico, a blues approach by Travelling Brothers and a lot of rock’n’roll with punk attitude. So in what concerns The Clash that’s not all folks. Just take-off and go as far as rage, strength and imagination can bring you. Today more than ever: Death Or Glory!!"

14. El Jinete Electrico - Somebody Got Murdered

15. Obsesion Fatal - Police on My Back