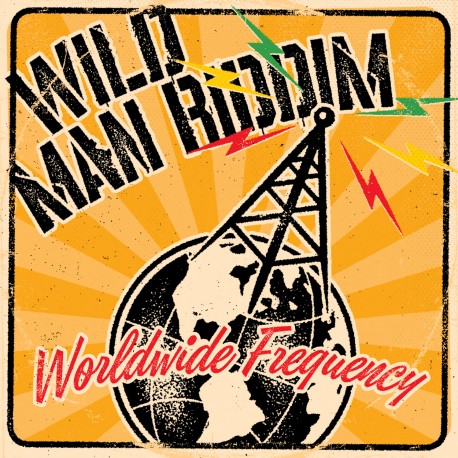 Brage Rognlien (trombone) needed a band to perform rythmic music at The Villa, a nightclub in Oslo. Brage and mate Martin Caspersen (organ) called old friends and managed to form a band with Oslo´s finest ska/reggae musicians. The band got a residency at The Villa with a live set based on compositions by Brage, old jazz standards with a Jamaican twist and lots of space for improvisation. Right after that Wild Mand Riddim (WMR) performed as backing band for Essa Cham, Kasimba, Nico D, Admiral P, Jah Ark Manifest and several other vocalists at Horten Roots & Reggae Festival in the summer of 2013.

In december 2013 the band recorded their first LP simply called Wild Man Riddim released on Marsmelons Records, a fine mix of ska/jazz/afrobeat. Since then WMR has consolidated a tight live set and created new compositions that are now gathered in the new album, WORLDWIDE FREQUENCY.

"Worldwide Frequency"is the result of planned ideas and spontaneous improvisational moments. The whole album was recorded in the old fashioned way: live, on tape, in 7 hours, and reflects WMR as they further explore the links between ska, jazz and reggae, showing without complexes the bridge they have built that spans from the tradition of the Scandinavian jazz school to the warm passion of ska and reggae. A worldwide frequency.