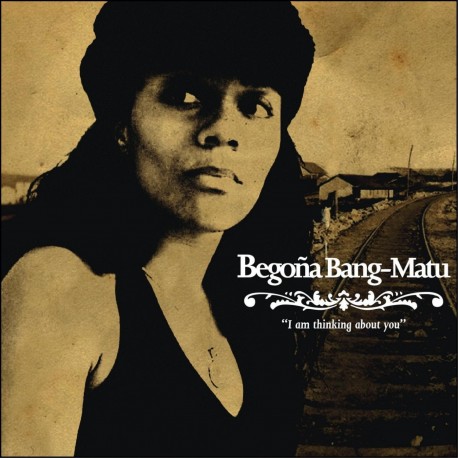 Begoña Bang-Matu was born in Madrid; she's been in touch with music since her early childhood. Despite there were no full time musicians in her family, they all were talented for dancing and singing, particularly her mother, who encouraged her to study music. She started up her career in music with R&B band "LA NOCHE DE LA IGUANA". She enjoyed the band as much as rehearsing till late at night when she wasn't old enough for going out in the night! In September 93 she was told that Madrid-based ska band "MALARIANS" was looking for a singer. She got the job and Begoña turns to be the first Spanish woman to sing classic ska. She combined Jamaican music with jazz, recording and performing with jazz project "JAZZ ENTRE DIVAS".

She's been honored to play hundreds of gigs and meet many Jamaican artists, legends of Reggae and Ska. With Malarians she recorded albums "Mind the Step" and "Hostal Caribe" before the band split up in September 2000. Begoña has sung as well together with Italian band "RAMICCIA", with whom she recorded the album "Ramiccia meets Begoña". She's been touring with Laurel Aitken and recording backing vocals for his album "Laurel en Español". She's been part of Spain's most veteran reggae band POTATO, recording three albums with them, as backing vocalist and composer. In 2002 she records "INKOMUNIKAZIOA" with Fermin Muguruza and she tours the entire world in 2003 with the latter's band. She's been recording with Amparanoia, Arpioni, Skalariak, Skaparapid, and performing with Belgian/Chilean ska band PROYECTO SECRETO. In 2001 she recorded her first solo album "MAGIA NEGRA", backed by jazz musicians and former components of Malarians. Since then, they've been touring all over Europe.

In 2005 she records her 2nd album released in 2006 by Brixton Records as leader: "I'M THINKING ABOUT YOU". In this album Begoña Bang-Matu proves again that shee is an excellent jazz singer doing smoth ska-jazz and reggae with stong influences of soul and gospel. But she is also composer, producer and leader of one of the most interesting offers in the modern ska-reggae-oldies scene. Just check and compare