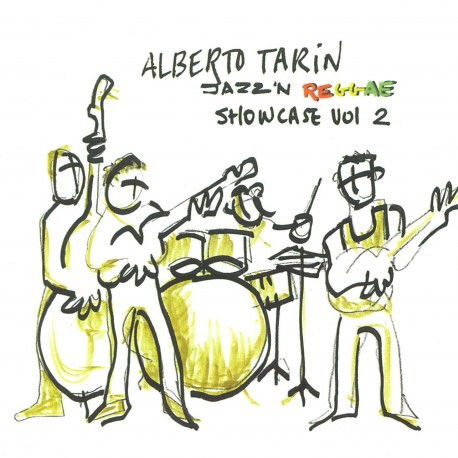 Recorded at Alberto Tarin’s home studio in 2001 and mixed at Xuquer Studios in Valencia (Spain), Jazzin’ Reggae is a musical reunion of Spanish musicians linked with jazz and reggae jamming with great guitar player Alberto Tarin. Produced by AT himself and Sergio Monleon (Jah Macetas) in a dub oriented style, the disc provides different atmospheres through tracks which go from a musical trio to a complete reggae band.

Although jazz and reggae live together since 1960 -proved by some fusion works during the 70’s and the 80’s- we can’t find many examples of the approach between both styles during the 90’s until today, specially those in which the main weight is put into the reggae riddim. Only the great masters Ernest Ranglin and Monty Alexander have kept the communication between jazz and reggae during the last 90’s. So this work coming from year 2001 brings the music still blazing.