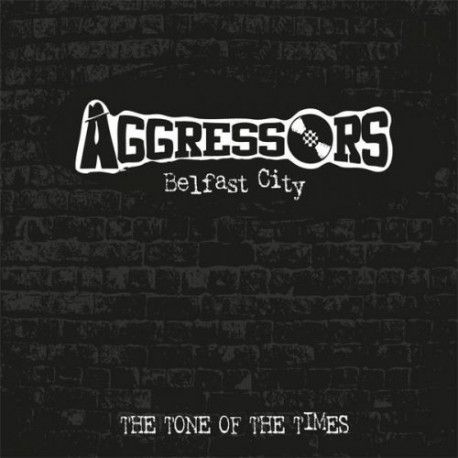 AGGRESSORS - Belfast City the Tone of the Times - LP

AGGRESSORS - Belfast City the Tone of the Times - LP

Aggressors B.C hail from Belfast City. They came together to form the band in 2009 after years of discussing their musical influences. They feature members from Belfast based bands Runnin’Riot, Pocket Billiards, Boss Sound Manifesto & 1000 Drunken Nights. They released their first 8 song Demo "Boss sounds from Titanic town" in 2010 the band played their first gig supporting Vic Ruggerio of The Slackers and have been lucky enough to share a stage with bands such as Pama International, The Slackers, Les Skalopes, RDF, Steve Ignorant, The Splitters, Smoke Like a Fish, Beer Beer orchestra and many more. They’ve taken their sound to venues all over Ireland, England, Scotland and Wales. They play upbeat Ska, 2 tone, Rocksteady and Reggae. Their debut album "The Tone Of The Times" was released in the summer of 2013.The Album was a serious labour of love that took up to 18 months recording, over dubbing and mixing that seen the band cut the album down to 13 tracks. The album covers themes of anti-racism, laughter & loss with a few tales of what goes down in Belfast town!