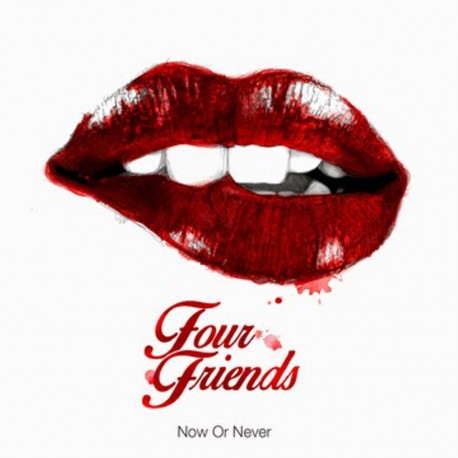 FOUR FRIENDS joined forces in the mid 90's as an instrumental quartet playing passionate covers of jazz standards, classic rock, blues, swing... and hitting the live scene of the Spanish Basque Country. In 2003 the band's first release "Bilbop" already displays the clean guitar lines, the slightly retro touch and the swinging atmosphere that defines the band’s sound. Three years of refining their sound in constant live sets - including poetic performances, lounge entertainment, theatre festivals as well as large concerts and jazz/blues gatherings - end up back in the studio. "Dzanga" (2006), the second album, means the expansion of the band’s sound including traces of bossa nova, funk, rockabilly... with the important addition of a female vocalist that since then is by right a steady member of the band. Following the band’s own biorhythm a new three-year period of live acts is followed by “Haruntzago" (2009) a collection of own-penned tracks with the collaboration of significant local poets in the lyrics bringing an assortment of jazz and pop flavours sung in Basque.

In 2014 FOUR FRIENDS release “Now or Never” (Brixton Records) a collection of mid-twentieth century jazz and blues classics in a swing /retro-rock groove that oozes passion and experience. The great voices of the classic divas (Billy Holiday, Etta James, Sarah Vaughan, Nina Simone...) as well as the ones of their contemporary heirs (Diana Krall, Eva Cassidy, Lisa Ekdahl, Madeleine Peuroux...) are the inspiration for this work. The brilliant performance of Eider is in the spotlight providing distinction and sensuality in a wide vocal range. The inherent excellence of the band is proven in the delicate recreation of these standards: the speeded up swing of “Cheek to Cheek", the sensual bossa-nova touch of "Shiny Stockings", the elegant blues ballad approach to "At Last", the soul-jazz sound of "Now or Never"… A track originally recorded in 1994 by the London combo Corduroy, “Something In My Eye", is the hallmark that pledges the uniqueness and eminence of this album that also means a new style expansion of Brixton Record’s catalogue.