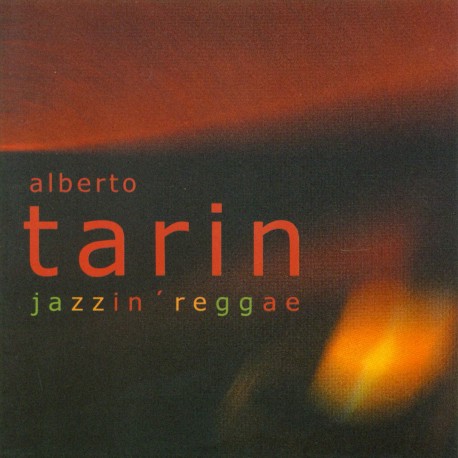 This product is no longer in stock

Alberto Tarin, born in 1961 in Valencia (Spain), has contributed to Spanish pop music in several ways, working, playing and arranging for some of the most famous Spanish pop-rock groups: Mecano (1989), Jah Macetas (1990, 1996), Seguridad Social (1991-1997), Rafa Villalba Chiquetere (1994), Las Chamorro (1999), Raimundo Amador, Presuntos Implicados, Lolita Flores (2002), among others. His musical gift allows him to perform successfully in every aspect that goes from creation to production and interpretation. Nowadays he works in his own studio, offering different services as guitar teacher, producer, sound engineer, session guitar and keyboard player, recording… Not to mention being an active member both in the studio and live of The New York Ska-Jazz Ensemble and collaborator of the mythical singer Dave Barker.As a solo artists Alberto published in 1997 “Coraje”, an album in which he shows his personal approach to several musical styles and riddims. International recognition came as one of the songs of the album was included in the compilation CD "Guitar Music For Small Rooms vol. 2" (Warner Canada, 2001) among other "top of the world" guitar players like Wes Montgomery, George Benson, Eric Clapton, Carlos Santana, Ry Cooder, Larry Carlton… The album stood for 8 weeks in the Canadian charts. The selected track was “Bolero de Luna” showing Alberto’s fine style.

His relation with reggae music starts in the mid seventies with the impact Bob Marley made in Europe and continues until today. In 1989 he joins pioneer Spanish reggae band Sergio Monleón’s JAH MACETAS playing and arranging with this band until 1996. Alberto co-produced several tracks for the band in collaboration with Coxnone S.Dodd and Sergio Monleon at NY Studio One Studios, an experience that also allowed him to play in the studio and live with Jamaican guitarist Stephen Wrigh. This collaboration is shown in two of the albums of Jah Macetas: "Toda Una Vida"(1991) and "Jah Macetas con los Naturals at Studio One" (1996). In this period he also joined Rita Marley on stage for one of her Spanish shows and keeps working with Dub Reggae local bands like Lepanto Rockers with whom he plays guitar and melodica.

Alberto’s relationship with jazz music started also in the seventies as a listener, but as a musician he humbly confesses that he is still arriving. He wanted to start this chapter of his musical career with full respect to the original masters that had inspired him and to the songs of great composers like Gershwin, Mancini, Porter... Alberto asked himself if he could play those themes and if he could do it in reggae style. How to keep the rich harmonic atmosphere of jazz with the obsessive beat and concept of reggae, was the task that he accepted; a new approach to the fusion between Jazz and Reggae: JAZZIN’ REGGAE.