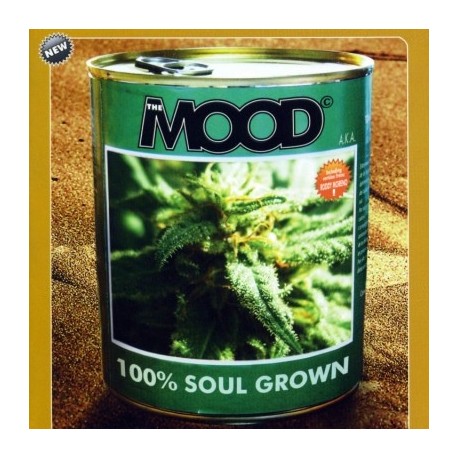 The Mood a.k.a. is a sextet from Stuttgart (Germany) active since the late eighties playing 60s reggae and ska. The band has grown naturally, step by step, from the underground. During this period they have released a handful of tracks in sampler records and 7"s and the band’s constant live presence in clubs and festivals of Central Europe has given them the opportunity to share stage with the likes of Laurel Aitken, Desmond Dekker, The Aggrolites... But the time has come for the first long player that is now being released in 2011 by Brixton Records. 12 tracks sung in English, selected for the occasion and showing their rude way of performing, ska, reggae and rocksteady. The influx of early-reggae, 2-tone and the American revivalists is palpable as it is as well plain the sheer personality of the rotund voice of frontman Josi “Dreadskin” Hoger, the supporting vocals of bass player Li Wunsch and the percussions of William Omar. The set is completed with the energetic foundation created by Sebastian “Thunder” Sander (picking guitar), Jurgen Wagstaff (organ) and Dirk Hundst (drums). Lyrics deal with unity, binge, hope and romance but with the edgy side of an interracial band that has grown in Germany during the 90s. Testimony of the The Mood’s militancy is the guest appearance of Roddy Moreno, frontman of The Opressed and introducer of SHARP in Europe, singing in the track Rudy Don’t Care. These are twelve tracks of a forceful sound packed with commitment and feeling, aimed to your feet but also to your head and heart. Get in The Mood!